UPDATE: Recently, the Plaintiffs prevailed in a motion to dismiss several pending claims against the makers of the herbicide Paraquat, and their failure to disclose known links of Paraquat exposure with Parkinson’s disease. The MDL Court’s February 14, 2022, Order essentially left in place all but a few ancillary public nuisance and consumer protection claims. Accordingly, the Plaintiffs have moved ahead with securing crucial documents and corporate representative depositions from Paraquat makers, Syngenta and Chevron. This is expected to lead to final bellwether trial selections over the next few months.

Paraquat has been one of the most popular herbicides used in America since the 1960s. Paraquat, or Paraquat Dichloride, is sold by numerous manufacturers under different trade names, such as Gramaxone, Firestorm, Bonfire, Devour, Helmquat, Ortho-Paraquat, Para-Shot, Parazone, Blanco, Quik-Quat, and others. Paraquat is known to be highly toxic to workers that come into contact with the chemical. Accordingly, and unlike other herbicides such as Roundup, Paraquat is designated as a “restricted use” chemical that can only be applied by commercially licensed users. Because of Paraquat’s dangerous propensities, it has been banned in many countries, including the European Union and China (ironically where much of the Paraquat used in the United States is produced).

Recently, extended exposure of workers to Paraquat in commercial agricultural settings has been linked to Parkinson’s disease.

What is Paraquat, and Are There Paraquat Parkinson’s Disease Lawsuits? You May Be Entitled To Compensation.

Paraquat is an herbicide that was developed several decades ago and is now used throughout the nation, based on its relatively low cost and effectiveness. Paraquat is used and regularly handled by workers such as farm laborers and landscapers. Recent studies have indicated a positive association between exposure to Paraquat and Parkinson’s disease. 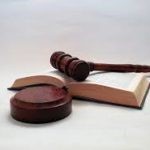 Plaintiffs in numerous pending Paraquat lawsuits have alleged that extensive exposure to Paraquat, over several years, can cause Parkinson’s disease. Plaintiffs further allege that the makers of Paraquat knew of this link between Paraquat and Parkinson’s disease, and the resulting danger to the public, for years, but failed to properly warn individuals that could be potentially exposed.

If you or a loved one have had extensive exposure to Paraquat in a commercial setting, over several years, and been diagnosed with Parkinson’s disease, it is strongly recommended that you seek a Paraquat Parkinson’s disease lawsuit attorney experienced in the Paraquat claims and injuries.

Do I have a Paraquat Parkinson’s Disease Lawsuit Settlement Claim?

Please allow an experienced Stark & Stark Paraquat lawyer help walk you through that determination. Contact Stark & Stark to speak with one of our Paraquat attorneys, free of charge, who can help assess any claims that you may have and to help you understand the Paraquat Parkinson’s disease settlement and lawsuit process.

As with any legal claim, there are applicable statutes of limitations and repose, so do not delay. Allow us to help you today with a free consultation. If you or a loved one have been exposed to Paraquat and been diagnosed with Parkinson’s disease, it is strongly recommended that you immediately seek legal counsel. Contact one of our Paraquat attorneys, who are experienced in Paraquat Parkinson’s disease claims.

Contact a Paraquat Parkinson’s Disease Lawyer to Assess Your Claim. 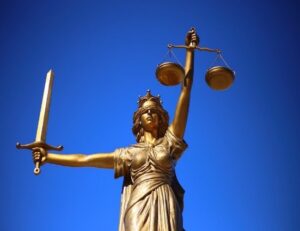 Stark & Stark is committed to holding product manufacturers liable when their products improperly endanger the public. Our Paraquat Parkinson’s Disease lawyers are experienced in mass torts litigation cases and in negotiating with defective product settlement representatives.

If you or a member of your family has suffered an injury from Paraquat exposure, you may be entitled to compensation in the litigation process or via settlement.

Please contact Stark & Stark to speak with one of the Paraquat attorneys, free of charge, who can help assess any claims that you may have and to help you understand the Paraquat Parkinson’s Disease settlement and lawsuit process.