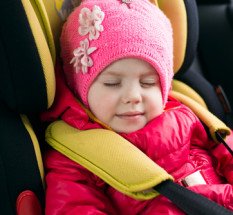 What types of personal injury claims are filed on behalf of children?

A child’s personal injury claim may arise out of an automobile accident, a dog bite, dangerous premises such as playgrounds, dangerous products such as faulty child safety seats or toys, negligent supervision by childcare providers, or many other sources. Please refer to the respective sections of this Legal Guide for each of these topic areas and more. Following are some of the common questions and special issues to be considered in dealing with a child’s claim.

How long does my child have to file a lawsuit?

A child technically has until two years after he turns eighteen, until his 20th birthday, in which to file a personal injury lawsuit. If you intend to bring a lawsuit, however, it is wise to see an attorney shortly after the accident occurs. The longer you wait, the more difficult the case may be to prove.

My child was injured in a public playground, can I sue?

A public entity is responsible for injuries caused by a dangerous condition on its property subject to specific requirements and immunities contained in the New Jersey Tort Claims Act.

Can a child’s guardian sue for medical expenses or lost services of the child?

Yes. The guardians with the child’s claim may assert these claims. The guardian’s claims must be brought within two years of the date of the accident.

How does the court confirm that a proposed settlement is in the best interests of the child?

A judge conducts a “friendly hearing”. During this hearing, testimony is offered from the guardian and the child, and medical records are considered to determine if a proposed settlement is in the best interest of the child. The judge will then approve or disapprove the proposed settlement.

What happens to the money that the child recovers as a result of a lawsuit?

The net recovery is very often required to be deposited with the Court in the County where the child resides. The money stays in the Surrogate’s account, earning the court appointed interest rate, until the child turns eighteen at which time the child can access the money. Structured settlements are an alternative to this system.