IVC filter lawsuits are on the rise. In 2010 and 2014, the FDA issued a warning about the risk of IVC filter complications, indicating it had received hundreds of adverse event reports since 2005. There was indication of a very high failure rate with IVC filter placement. Parts of the filter were breaking off and perforating the patients’ veins, or migrating to the heart, lungs, and other vital organs and causing serious injury or death.

Since then, a number of cases have been filed against the manufacturers for injuries suffered during blood clot filter failures. The Cook and Bard cases have been consolidated into Multi-District Litigations (MDLs). MDLs centralize pretrial proceedings for multiple cases to save time, court costs, and attorneys’ fees.

Are you impacted by a IVC filter lawsuit settlement? You may be entitled to compensation. 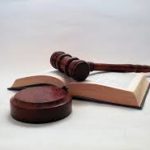 If you or a someone you love has had an IVC filter or a “blood clot filter” inserted to prevent blood clots and reduce the risk of a pulmonary embolism, you should immediately speak with your physician. If you or a loved one had an filter inserted and there were complications or even failure of the filter, you should immediately seek counsel experienced in the IVC filter failures. Complications from the blood clot filter can include moving/tilting in the body, perforating or tearing the vena cava, becoming irreparably broken, or becoming irretrievable in the body.

What is an IVC Filter? 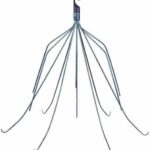 The inferior vena cava (“IVC”) is a major vein in the circulatory system that carries blood from the legs and lower torso to the heart. An IVC filter, also called a “blood clot filter,” is a blood filtering device that resembles a small metal spider. It is used when a patient is in danger of forming a blood clot that could travel to the lungs and turn into a dangerous, life-threatening pulmonary embolism. IVC filter placement and removal procedures have been employed in patients who have undergone trauma, bariatric surgery, hip and knee replacement surgery, or have been otherwise unable to tolerate blood thinning medications that prevent blood clots.

Additionally, parts of the filter can break off and perforate veins, lungs, and other vital organs. In some circumstances, the entire vena cava filter can migrate to the heart causing similar damage. Any one or all of these scenarios have the potential to cause serious injury or death. 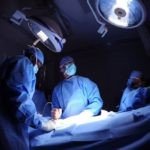 In 2012 and 2013, the Journal of the American Medical Association(“JAMA”) published studies about the failure rate of the blood clot filters, the high incidence of IVC filter-caused injuries, and compelling data that the IVC blood clot filters lacked effectiveness. Following this report, the FDA strengthened its warning and recommended that doctors remove retrievable IVC filters as soon as the risk of pulmonary embolism has passed.

There are many different types of blood clot filters—retrievable and non-retrievable. One of the largest manufacturers is Cook Medical, Inc. (“Cook”). Certain retrievable Cook IVC filter models have recently been cited in IVC lawsuits, including filter models:

Currently, the Cook filter lawsuits are consolidated in an MDL pending before United States District Judge, Richard Young, in the United States District Court, Southern District of Illinois. The allegations in the Cook MDL include claims that Cook knew of the defect in the IVC filter products; knew of the resulting danger to the public; and still failed to properly warn patients and their doctors of the dangers of IVC filter placement.

Another of the largest blood clot filter manufacturers is C.R. Bard Inc. (“Bard”). The retrievable Bard IVC filter models that have recently been the subject an IVC lawsuit are the:

The Bard IVC lawsuits are consolidated in an MDL pending before United States District Judge, David G. Campbell, United States District Court, District of Arizona. The allegations in the Bard MDL similarly include claims that Bard knew of the defect in the IVC filters and the resulting danger to the public; but also failed to properly warn patients or their doctors of the IVC filter failure risk.

In addition to the Cook IVC and Bard IVC filter lawsuits, claims are being made against other manufacturers, including:

Contact an IVC Filter Lawyer to Assess Your Claim 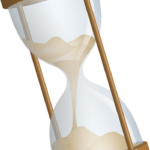 The IVC filter attorneys at Stark & Stark are actively negotiating IVC filter settlements and filing additional IVC filter lawsuits against Cook, Bard, and other manufacturers on behalf of patients injured or killed from use of the potentially defective devices.

If you or someone you love has suffered an injury from an IVC blood clot filter, you may be entitled to compensation under the MDL litigation process or via settlement.

Please contact Stark & Stark to speak with one of the blood clot filter attorneys, free of charge, who can help assess any claims that you may have and to help you understand the IVC filter settlement and lawsuit process.