As of March 1, 2019 Stark & Stark is no longer accepting inquiries for this litigation. For an updated list of our current cases, visit our homepage. 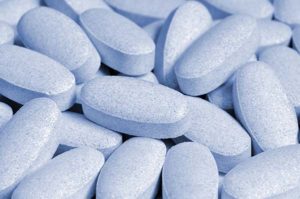 What is Abilify (Aripiprazole)?

Abilify (aripiprazole) is a top-selling antipsychotic drug, developed and sold by Otsuka Pharmaceutical Co., Lt. (“Otsuka”) and Bristol-Myers Squibb Company (“BMS”). The drug, which entered the U.S. market in 2002, is used to treat a variety of mental disorders, including schizophrenia, bipolar disorder, depression, and Tourrette’s Syndrome.

What Side Effects Are Associated with Taking Abilify?

Studies as far back as 2010 allegedly linked the use of Abilify to compulsive and/or impulsive behaviors.

In 2012, the European Medicines Agency, responsible for the scientific evaluation, supervision, and safety monitoring of medicines in the European Union, required that the Abilify label warn of pathological gambling.

Meanwhile, in 2015, Health Canada conducted a review and concluded that “there is a link between the use of aripiprazole and a possible risk of pathological gambling or hypersexuality.”

Moreover, yet another study in 2017 confirmed an association between impulse and/or compulsive behaviors and Abilify.

Why Are Lawsuits Being Filed Against The Manufacturers Of Abilify?

Even with all these studies, Otsuka and BMS continue to market Abilify in the U.S. Accordingly, a number of cases have been filed in the Northern District of Florida, as well as in state court in Bergen County, New Jersey, alleging that Otsuka and BMS knew, or should have known, about these side effects, but failed to adequately warn prescribers and patients of the risks.

In May 2016, the FDA issued a safety warning, advising that “compulsive or uncontrollable urges to gamble, binge eat, shop, and have sex have been reported with the use of the antipsychotic drug aripiprazole (Abilify, Abilify Maintena, Aristada, and generics).”

Moreover, the FDA noted that the uncontrollable urges were noted to have stopped when the medication was discontinued or the dose reduced. As a result, the FDA required new warnings about all of the above-noted compulsive behaviors to the drug labels.

In August 2016, Otsuka and BMS finally changed the warning label on Abilify to include that “patients can experience intense urges, particularly for gambling, and the inability to control these urges while taking aripiprazole. Other compulsive urges, reported less frequently include: sexual urges, shopping, eating or binge eating, and other impulsive or compulsive behaviors.” You can read the full label here.

Are you impacted by the Abilify lawsuit? You may be entitled to compensation.