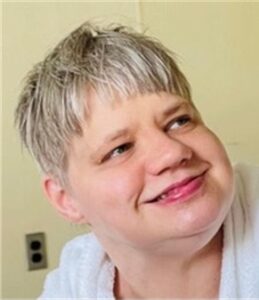 PHILADELPHIA, PA (7:00 AM, Sept. 27, 2022) Attorneys for the family of 50-year-old Cheryl Yewdall, who was severely disabled and required 24/7 supervision from the staff at Merakey’s Woodhaven, Philadelphia, residential campus, have filed a wrongful death lawsuit alleging that gross negligence caused the death eighth months ago of the woman, who, after being left unsupervised in the bathroom, was found on the floor in the facility with a six-inch cleaning wipe lethally lodged in her trachea, according to the civil complaint (Yewdall v. Merakey et al., Philadelphia Court of Common Pleas, No. 220600107). The multi-count lawsuit indicates, based on the pre-filing investigation by lawyers from Stark & Stark, P.C., and The Pepper Law Firm, LLC, “that a staff member at Merakey Woodhaven placed the cleaning wipe in Cheryl Yewdall’s trachea.”

Lead plaintiff attorneys Joseph A. Cullen, of Stark & Stark, and James J. Pepper, of The Pepper Law Firm, who jointly represent the family and estate of Ms. Yewdall assert in the filing, believed to be the first of its kind against the residential care home at 2900 Southampton Rd., Philadelphia, and several of its corporate affiliates including Merakey USA and NHS Human Services, Inc. , that, “In the alternative, Merakey Woodhaven’s gross negligence in their care of Cheryl Yewdall enabled Cheryl or some other person to insert the cleaning wipe in her trachea.” While more than one dozen members of her care team are referred to in the complaint, none are individually named as defendants. It also asserts unspecified claims for both compensatory and punitive damages, along with a request for a jury trial in the Philadelphia Court of Common Pleas. Cheryl died January 31, 2022, following the January 26th incident. 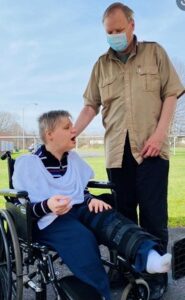 Mr. Cullen said after the filing, “What happened to Cheryl (pictured left with Brother, Gary) is absolutely heart-wrenching, and on behalf of her family, we look forward to holding the defendants accountable at trial. We intend to prove that those we believe were responsible – that were entrusted with her care – ultimately caused Cheryl to suffer multiple traumatic injuries due to, among other things, their failure to adequately supervise Cheryl and protect her from physical abuse. Merakey touts its Greek-inspired name stands for selfless caring for those most in need; but it acted in an indefensible manner that must be addressed in a court of law.”

Mr. Pepper added, “Cheryl’s loved ones relied on Merakey and at every level it failed them in the worst possible way. Imagine learning that your child, your sister, severely disabled since birth and relying on others for her every activity of daily life, was found at her ‘care facility’, in a pool of urine with a length of crumpled paper, apparently, a cleaning wipe, lodged in her trachea? That’s exactly what Cheryl’s mother and family would learn as the facts began to surface, which are alleged in this chilling complaint.”

In fact, medical staff at nearby Jefferson Health/Northeast, to which she was rushed after first responders attended to her at the scene, reported her death was the result of “the most severe possible diffuse cerebral dysfunction, characteristic of severe diffuse anoxic brain injury.” Those same physicians alerted Philadelphia Police, and their findings were confirmed by the Philadelphia’s Medical Examiner’s Office.

Christine Civatte, Cheryl’s mother, still grieving her daughter’s death, stated through her attorneys, “Cheryl was an incredibly special person, so loving and so innocent. Despite being born with cerebral palsy, she was aware of her surroundings, her family, and treated people with respect and love. We believed we were doing the right thing by her when we decided to entrust her to the care of the staff at Merakey Woodhaven, based largely on their pledge to do everything possible to love and care for her as a member of their family. We’re now turning to the justice system not only to find out every detail about how she died, but to ensure that what happened to her can’t happen to others.” Cheryl was the oldest of four children; she lived at the Woodhaven site for approximately 40 years.

Merakey facilities in Pennsylvania, including Woodhaven, have been the subject of scrutiny by Pennsylvania regulators. Over the last six months, the Pennsylvania Department of Health recommended both a “23-day termination” (of the facility’s operating agreement with the Department) action (February 9, 2022) and a “90-day termination action” for Merakey Woodhaven (July 21, 2022). State regulators also recommended a “90-day termination action” for Merakey Allegheny  – Pittsburgh  (April 26, 2022). In one report, inspectors said, “The facility failed to implement procedures that prohibit neglect in the provision of services for an acute health condition that required emergency care.” Contract termination proceedings can lead to license revocation, which may result in cessation of operations.