Home Our Blog A Definitive Guide to ParaGard Lawsuits

What Is ParaGard And Why Are There ParaGard Lawsuits? 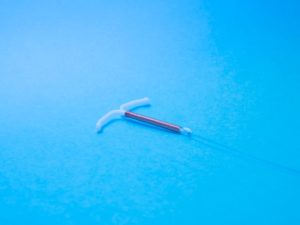 ParaGard is one of many intrauterine medical devices (IUDs) on the market that are implanted in women as a birth control device. Like all IUDs, ParaGard is meant to be an easily removable, temporary contraceptive – ParaGard is currently approved to be used continually for up to ten years. Since its initial approval by the United States Food and Drug Administration in 1984, ParaGard has been manufactured by a number of companies, including Cooper, GynoPharma, GynoMed, Ortho-McNeil, FEI Women’s Health, Duramed Pharmaceuticals, Barr Pharmaceuticals, and Teva Pharmaceutical Industries.

ParaGard is different from many other IUDs in that there are no drugs or hormones involved. Instead, there is a small amount of copper in ParaGard that interacts with a woman’s body to create a contraceptive chemical reaction. That copper is coiled around a small piece of plastic shaped like the letter T. The entire device is less than 1.5 by 1.5 inches wide and weighs less than a gram. The Paragard IUD is nonsurgically placed in the uterus using a specialized device. Threads attached to the Paragard IUD are later used for nonsurgical removal of the device.

Unfortunately, some models of ParaGard (particularly the 380 models) have been shown to have brittle arms that are prone to breakage, especially when doctors try to remove the device. Once these pieces of the ParaGard IUD break off, they can migrate throughout the body and cause serious injuries. Accordingly, hundreds of women across the nation have brought lawsuits for injuries sustained as a result of ParaGard IUD breakage and resulting injuries.

Those lawsuits allege that the manufacturers of ParaGard know that these IUDs are defective and that patients were not properly warned of the dangers of ParaGard IUDs. Notwithstanding, these issues have not yet prompted a recall of the very profitable ParaGard T 380A IUDs, which remain on the market today.

How Do the ParaGard Lawsuits Work?

The ParaGard lawsuits are basically part of what is known as a mass tort. A mass tort is a collection of many lawsuits with similar claims against the same defendants. The lawsuits in a mass tort are merely consolidated for case management purposes. This is different from a class action, where a few representatives maintain a single lawsuit on behalf of a large class of individuals whose claims are all combined. So, unlike a class action, each lawsuit in a mass tort retains its own individual identity. Mass tort claims can be filed in federal or state court.

Mass tort cases filed in federal court usually become part of a multidistrict litigation (MDL). MDLs are designated by the judicial panel on multidistrict litigation (JPML). The JPML designates a central federal district court for the MDL and then all of the cases filed in any federal court are transferred to that district and consolidated before an assigned judge. The lawsuits then usually go through pleadings, discovery, motions and what are known as bellwether trials. Bellwether trials are test cases, which are used to try to determine the likely viability and value of each of the individual lawsuits.

There are usually many of the same type of mass tort cases that cannot be consolidated in the MDL because there is no federal jurisdiction (for example, when a lawsuit is brought against a pharmaceutical company in a state court where that company resides). Those cases are generally consolidated in the same manner on the state level and proceed on a parallel track with the MDL.

In December 2020, all ParaGard lawsuits filed in federal court were consolidated in an MDL in the United States District Court, Northern District of Georgia, before judge Leigh Martin May – under In Re: ParaGard IUD Products Liability Litigation (MDL 2974). In addition, many ParaGard lawsuits filed in state court were consolidated in Pennsylvania, in the Philadelphia Court of Common Pleas. All of these lawsuits are still proceeding through discovery and motion practice. Currently, bellwether trials are expected to begin in 2023.

How Do I Know If I Have A ParaGard Claim?

First, you have to determine if you had a ParaGard IUD implant. The easiest way to confirm this is to ask your doctor for a copy of your medical records (your doctor will likely know without resorting to your medical records, but you will eventually need the records to confirm your claim). Specifically, you want to request a copy of the implantation procedure records (or have an attorney request a copy). Those records will detail the implantation procedure and specifically identify the medical device that was used during your procedure.

In addition, those records should contain the identification sticker for your ParaGard IUD. For example, each ParaGard IUD comes in a box. That box contains easy to read stickers that are used to specifically identify and track the ParaGard IUD that was implanted in you. During your procedure, when your ParaGard IUD was removed from its box, the sticker from that box should have been placed in your records. You are looking for a description and sticker identifying a ParaGard IUD (particularly the Copper T 380A model).

Once you have proof of a ParaGard IUD implant, you then have to then show that your ParaGard IUD fractured. ParaGard, like any medical device, has been known to cause different types of side-effects (such as infection), some extremely severe. However, the viable claims in the MDL are almost exclusively limited to cases where part of the ParaGard IUD has fractured resulting in injury to the patient.

Such fractures almost always occur when a doctor tries to remove the device and part of the arms of the ParaGard break off. Again, these IUDs are only supposed to be temporary and are made to be easily removed. However, the tiny plastic arms of the device have been alleged to be prone to breakage. You should know right away if your ParaGard IUD fractured upon removal, as your doctor will know that parts of the ParaGard have been know to become lodged in, or perforate, your uterus or other vital organs. This could, in turn, likely cause the need for further testing, imaging and invasive surgery.

How Do I File A ParaGard Lawsuit?

If, at this point, you have not already involved an attorney to help order and review your medical records, this would probably be a good time to get a legal professional involved. But you should definitely research any law firm and their track record before you reach out to them. These types of lawsuits are fairly complex, and you want to make sure you are dealing with experienced attorneys that specialize in these sorts of cases. Your attorneys will need to be able to assess your claim, walk you through your options going forward and prosecute your claims to resolution (with the understanding that the vast majority of tenable lawsuits settle before they ever go to trial).

A simple internet search can tell you what you likely already suspected – most of the 1-800 numbers you see flashing across local cable commercials are just marketing companies. It is imperative that you make sure you are dealing with real trial attorneys working out of a real law firm, who will be litigating your claims.

Finally, you do not want to sit on your rights. All legal claims have various limitations periods. As you likely know, these limitations periods act as deadlines to file your lawsuit, so you should not delay. Aside from any limitations deadline, it is just common sense to be as diligent as you can while you have access to your doctor and medical records – and crucial details are still fresh in your own memory.

To sum up, please remember the following steps:

You are already reading our blog, but feel free to look us up on our website, check us out on Facebook and Twitter, or just call us anytime, free of charge, at 609.895.7369. We are not like many of the marketing companies you have seen on television. Established in 1933, we are a firm with a wide variety of experienced attorneys, over 30 practice areas, and a philosophy of putting the law to work for our clients, who you can meet and talk to about your case.

Visit our website for more information about how the attorneys at Stark & Stark can assist with your potential ParaGard IUD lawsuit.