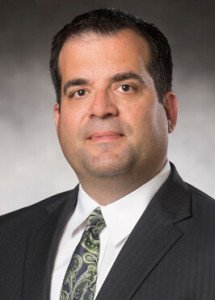 Shareholder Joseph Lemkin and his daughter Lara participated in the Empowering Young People to Change the World conference with over 170 educators from 12 countries, organized by Dr. Nicola Wetherall. Joe and Lara spoke with members of a student group, Genocide80Twenty, from the Hampton School in England. Joe and Lara discussed the impact of the Holocaust on their family, including the accomplishments of their relative and renowned human rights attorney, Rafael Lemkin. Rafael coined the term “genocide” and spearheaded the passage of the Genocide Convention in the United Nations. The conference was held on the eve of Raphael’s birthday. Joe and Lara lost over 70 family members to the atrocities of the Holocaust, including Joe’s father’s entire immediate family.

The Hampton School, founded in 1556, is recognized as one of the leading academic boys’ schools in the United Kingdom. The student group Genocide80Twenty, led by Professor Andrew Lawrence, works to raise awareness of the Holocaust and other genocides amongst student peers at the Hampton School and in the broader London community.

Joe is a member of Stark & Stark’s Diversity, Equity & Inclusion Committee, which is comprised of employees from each of Stark & Stark’s offices, who meet regularly to monitor the progress of the firm’s inclusion and diversity efforts and the forging of a closer alliance with the various national, regional, and local diversity organizations.