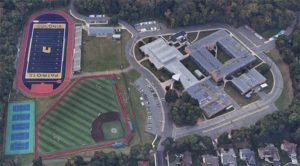 The city of Woodbridge, NJ is conducting an investigation after more than 100 former students and staff at the local Colonia High School were found to have developed brain tumors over a three-decade period.

First uncovered by former student Al Lupiano, the prevalence of both cancerous and benign brain tumors among Colonia students and employees has sparked concern that an unidentified radioactive compound may be present on the school grounds. Tests are currently being run across the school’s property to search for possible sources of radiation.

Former Colonia High School student Al Lupiano first decided to investigate when both his wife and his sister were diagnosed with brain tumors, two decades after he himself had suffered from a benign tumor. All three had been students at Colonia in the 80s and 90s. Lupiano’s sister died from brain cancer earlier this year.

Lupiano’s search for others with similar experiences eventually uncovered 108 former students and staff who had suffered from brain tumors since their time at Colonia. Nearly half of these brain tumors were cancerous. Although no specific cause has yet been determined, the discovery set off alarm bells for the school district and local government officials.

The City of Woodbridge has now allocated hundreds of thousands of dollars in funding to test for radiation on the school’s grounds, and Woodbridge Mayor John McCormick has expressed his concern in recent interviews. “One hundred out of 15,000 have brain cancer—sure sounds like something we should be concerned about,” McCormick reported when asked by local reporters. 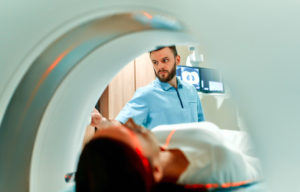 To investigate the possibility that radiation may be responsible for the high rate of brain tumor development among former Colonia students and employees, the City of Woodbridge has contracted the radiology and environmental remediations company T&M and Cabrera Services, Inc.

T&M and Cabrera is currently testing for radiation on the school’s grounds using radon sensors. Environmentalists have also placed canisters throughout the school to collect air samples for testing.

Although the Environmental Protection Agency (EPA) and New Jersey’s Department of Environmental Protection have expressed concern, both have decided to wait for the results of these tests before taking further action. It may be several weeks before test results are available, and if no evidence of radiation is discovered, further tests may be necessary to look for other possible causes.

As of right now, Colonia High School remains open, despite some ongoing concern from students, teachers, and staff.

If You Have Been Diagnosed with a Brain Tumor in Colonia, NJ, Contact an Experienced Personal Injury Attorney

If you or someone you love attended or worked at Colonia high school and has been diagnosed with a brain tumor, you should contact an NJ personal injury attorney as soon as possible. If radiation or other harmful substances are found to have been present on the school grounds, you may be entitled to compensation for your exposure and the personal harm that followed.

The personal injury lawyers at Stark & Stark have years of experience helping clients in New Jersey receive the compensation they deserve—and we will be carefully monitoring the situation in Colonia as it unfolds. We can offer you guidance as you consider your personal injury claim and our skilled attorneys are ready to help you fight for the compensation you may be entitled to receive.

If you have been diagnosed with a brain tumor following time spent at Colonia High School, we can provide you with the legal representation you need to seek the best possible settlement. Contact our NJ personal injury lawyers today to get started.