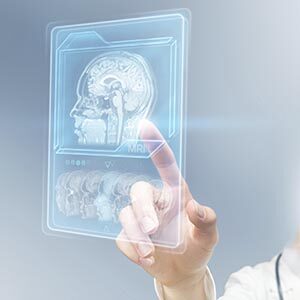 It has been known for some time there is an increased risk of neurologic decline following mild traumatic brain injury (mTBI). A new study published in PLOS ONE adds further proof. In a recent study, epidemiologists reported a 56% increased risk of veterans with mild traumatic brain injury developing Parkinson’s disease within 12 years post-injury. According to the researchers, “the goal of the study was to obtain evidence for premature cognitive decline in young veterans with a positive mTBI by comparing their cognitive scores against veterans without mTBI, healthy non-veteran controls and older early-stage, non-demented subjects with Parkinson’s disease.”

Inclusion/Exclusion criteria included “eligible volunteers of both men and women veterans, veterans with positive mTBI, non-veteran healthy controls (25-45/years old), and early-stage, non-demented Parkinson’s disease subjects (60-90/yrs old) with at least 12 years of education and scoring greater than or equal to 90 points on the American National Adult Reading Test (AMNART).” In addition to the non-veteran healthy controls, the researchers also recruited a military control group for the veterans with positive TBI. Non-English speaking, pregnant and any unremitted/debilitating endocrine, autoimmune, rheumatological, cardiovascular, psychiatric or neurological diseases/disorders other than mTBI or early-stage Parkinson’s disease, dementia had any physical or sensory limitations preventing completion of study procedures, alcohol, elicit or illegal substance use, or tobacco use were excluded.

The researchers also sought to exclude more severe brain injury than a concussion. As a result, the mTBI group consisted of non-penetrating mTBI, loss of consciousness of fewer than 30 minutes, any loss of memory less than 24 hours from events immediately before or after the accident, altered mental state feeling dizzy, disoriented, or confused after the accident, less than 24 hours or scores on the Glasgow Coma Scale of 13-15.

The study’s outcome found a 56% increase in the risk of veterans with a positive mild traumatic brain injury developing Parkinson’s disease within 12-years post-injury.