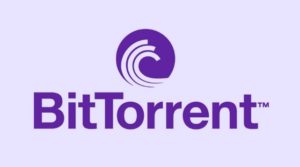 Record labels, including Universal Music Group, Sony Music Entertainment, and Warner Music Group, Inc., sued Cox for enabling subscribers to illegally copy and distribute works over peer-to-peer networks. Internet service providers, such as Cox, Comcast, Verizon, and Time Warner that provide internet, telephone, and home security services to customers are generally not liable for direct infringement, but can be liable for secondary infringement if they have specific knowledge of the infringement and fail to take reasonable steps to prevent further harm to the copyrighted works. Where an ISP receives a direct pecuniary benefit from the infringing activity, it may also be vicariously liable for the infringement. In this case, the jury returned a verdict finding Cox liable for both vicarious copyright infringement and contributory copyright infringement of over 10,000 musical works, and determining Cox enjoyed a direct financial benefit from the infringement activities of its subscribers. After trial, Cox filed a Renewed Motion for Judgment as a Matter of Law and a Motion for Remittitur or, in the Alternative, a New Trial. 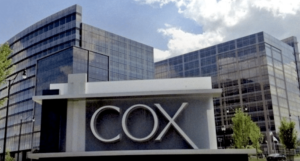 Siding with the record labels, the Eastern District of Virginia upheld the jury verdict, ruling there was enough evidence to hold Cox liable for illegal downloading by its subscribers. The jury found Cox failed to address the copyright infringement despite receiving information from the copyright owners about the time, place, and IP addresses responsible for illegally distributing and reproducing music files over Cox’s network. The court agreed there was enough evidence to find the technology used to detect the infringement was reliable, Cox had the right and ability to supervise the infringement committed by its subscribers, and Cox gained a financial benefit from the infringement. There was sufficient basis for the jury to find Cox liable for vicarious copyright infringement, and because Cox failed to address the specific notices of infringement, for contributory infringement as well.

The court rejected Cox’s argument that the statutory damage award was “grossly excessive,” refusing to overturn the jury’s decision to award $99,830.29 per infringed work. Among other things, the court held jurors were entitled to consider the “far-reaching adverse effects of piracy” on the entire digital media ecosystem when punishing Cox. On one hand, the court said the award was proper because some of the songs at issue covered multiple copyrights — separate musical compositions and sound recordings for the same song — however, it determined that the number of infringed works would be recalculated for this same reason, i.e. because some of the copyrights at issue cover musical compositions and sound recordings for the same song. The court stated the parties should be given the opportunity to identify overlapping copyrights and determine the exact number of distinct works that have been infringed. It is likely the $1 billion award will be reduced when musical compositions and sound recordings are combined for individual songs (reducing the number of total works), but the jury-determined $99,830.29 award per work will remain the same.

The court denied the motion for remittitur or, in the alternative, a new trial for similar reasons, finding there was sufficient evidence to support the jury’s damage award and there was no error in the jury instructions. Although the court has the authority to remit damages, the evidence of Cox’s overall conduct with respect to enforcement of the Digital Millennium Copyright Act, and how the company handled complaints of copyright infringement, supported the jury’s measure of damages.

Although it is likely that the court will reduce the $1 billion award, this was nevertheless a major victory for copyright owners – for now. Only time will tell what the Fourth Circuit will do on appeal.