Home Our Blog Bruce H. Stern of Stark & Stark Sworn in as the 2017-2018 Vice President of the American Association for Justice (AAJ)

Shareholder Bruce H. Stern of Stark & Stark was sworn in as Vice President of the American Association for Justice (AAJ) at the organization’s annual conference in Los Angeles, CA. The AAJ is the world’s largest trial bar, and the organization works to promote justice through the legal system for people injured by the negligence or misconduct of others. The AAJ provides trial attorneys across the country with the information, professional support, and nationwide network that will enable them to most effectively represent their clients.

Following the path to eventually become the President of the AAJ, Mr. Stern previously served the organization in the positions of Parliamentarian, Treasurer, and Secretary. Mr. Stern is a Shareholder at Stark & Stark and member of the Accident & Personal Injury Group, where he concentrates his practice in the area of traumatic brain and spinal cord injuries. 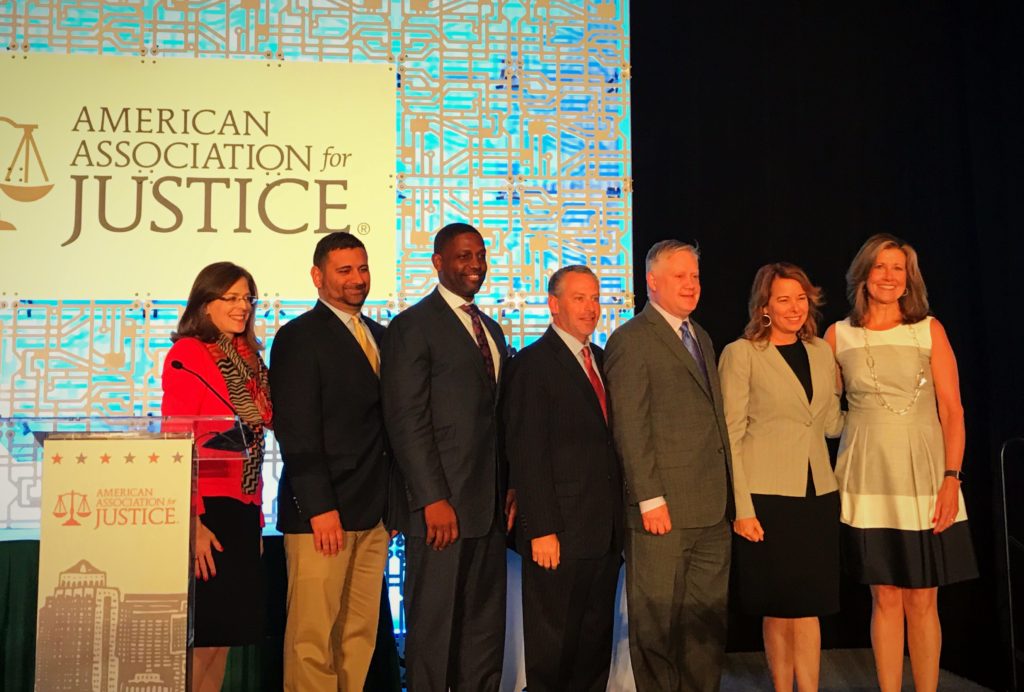 In addition, Mr. Stern has served as President of the Mercer County Bar Association, Chair of the NJAJ-PAC Board, and President of the New Jersey Association for Justice (NJAJ). He is the recipient of NJAJ’s highest award, the Gold Medal for Distinguished Service. Additional positions include Chair of the AAJ Motor Vehicle Collision, Highway and Premises Liability Section and Chair of the Belli Society.

Mr. Stern was educated at Duke University (B.A. 1977) and Rutgers School of Law (J.D. 1981). He is a Certified Civil Trial Attorney at the New Jersey Supreme Court and the National Board of Trial Advocacy. He is also a fellow of the International Academy of Trial Lawyers and has been selected a fellow in the International Society of Barristers. Mr. Stern is licensed to practice law in New Jersey and Pennsylvania.