Home Our Blog Bruce H. Stern Announced as President Elect for the American Association for Justice 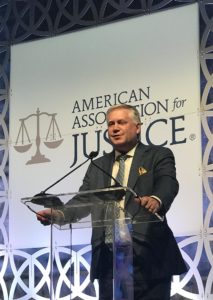 Bruce H. Stern, Shareholder at Stark & Stark, was sworn in as the President Elect of the American Association for Justice (AAJ). Bruce has been an active member of the AAJ since 2004, and has served on several of their committees, including the AAJ Executive Committee, National Board of Governors, National Finance Council and Public Affairs Committee. Bruce is also a member and past Chair of the AAJ’s Traumatic Brain Injury Litigation Group.

The AAJ was organized in August of 1946 with the goal of promoting justice and fairness and protecting all facets of trial advocacy. The AAJ is a national organization, and recognized as the world’s largest trial bar. Bruce was first elected to the role of Treasurer in 2015, and then was transitioned to the role of Secretary in 2016, then Vice President in 2017, and has now been sworn in as President Elect for 2018. In 2019, Bruce will be the incoming President of the AAJ.

“I’m honored to have the opportunity to contribute to the welfare of the AAJ and our clients,” said Mr. Stern. “My previous work with the AAJ has enabled me to understand the best ways to continue to grow and develop the organization.”

Bruce Stern is a Shareholder of Stark & Stark, and is a member of the Accident & Personal Injury Group. He concentrates his practice in the area of traumatic brain and spinal cord injuries and wrongful death. He has previously co-authored a book, Litigating Brain Injuries, and also co-authored a chapter in the AAJ’s Litigation Tort Case Series, entitled “Brain Injuries.” In addition to his position as Treasurer at the AAJ, Bruce is also the Treasurer for the International Brain Injury Association (IBIA), as well as the Treasurer for the Brain Injury Society. 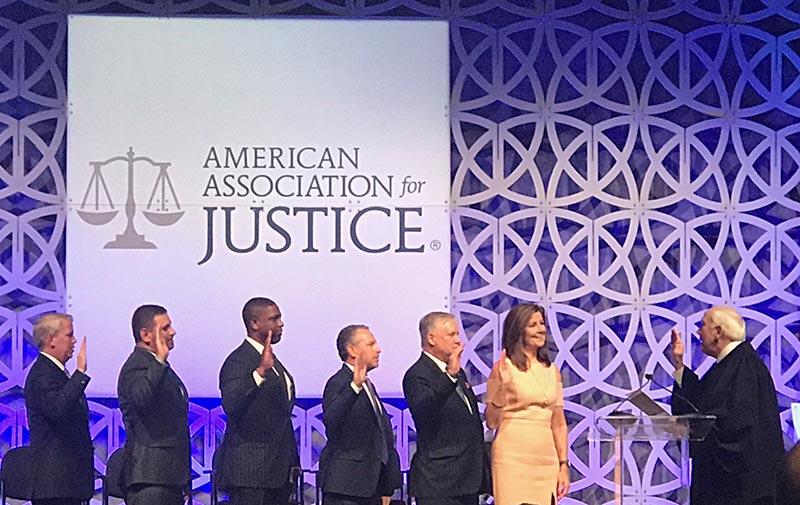