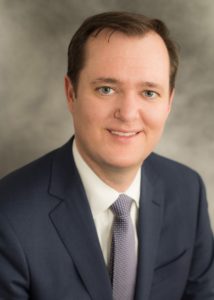 LAWRENCEVILLE, NJ (July 19, 2019) – Stark & Stark is pleased to announce that Shareholder Evan Lide has received a $3.65 million jury verdict today after a four-day trial in the Superior Court of New Jersey, Bergen County Law Division. The case, Mario Zaburski vs. Jerome Klein, docket number BER-L-002879-17, sought compensation for injuries proximately caused by the operator of a golf cart when Mr. Zaburski was playing golf at the Alpine Country Club in 2015. The jury verdict awarded $1 million in damages for pain and suffering, $150,000 for future medical expenses and $2.5 million for the economic wage losses.

“The jury understood that when Mario Zaburski was struck by the golf cart, he sustained permanent injuries that would forever impact his capacity to work,” said Lide, who focuses his practice on wrongful death, spinal cord injuries, and other catastrophic injury cases resulting from automobile crashes, products liability, and premises liability.

As background, Mario Zaburski, a resident of Teaneck, had been invited by his business colleagues to golf at Alpine Country Club in Alpine, NJ, on July 24, 2015. After playing the ninth hole, Mr. Zaburski was walking on the fairway when he was struck by a golf cart driven by the defendant, Jerome Klein. The cart hit his right knee, and the impact upended him and threw him on his back to the ground. He initially had leg instability and sought medical attention a week after the injury.

In November 2015, an MRI showed two disc herniations and a pre-existing condition of spondylothesis, which did not respond to epidural and pars injections. The spondylothesis, originally a latent condition, was rendered traumatic and symptomatic due to the injury caused by the golf cart driver. Consequently, due to the leg weakness and motor issues with his right leg, Mr. Zaburski required a spinal fusion of the disc herniations. He had taken time to recover via his employer’s disability benefit, and exhausted his time afforded by FMLA, when he was terminated from his position in November 2016, just three weeks before he was cleared to return to work. Mr. Zaburski had been a financial analyst with his employer for nearly 17 years at the time of his termination. Thereafter, his injuries prevented him from obtaining a similar position, and as an expert earning capacity witness testified at the trial, Mr. Zaburski’s earning capacity was significantly reduced, with a wage loss of $2.5 million.