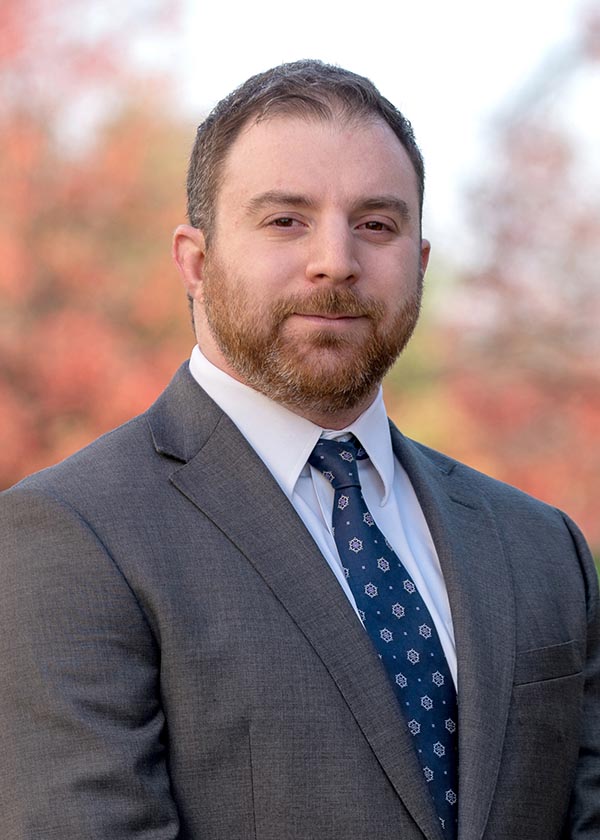 Michael C. Shapiro is an Associate and member of the Accident & Personal Injury group at Stark & Stark. Born and raised in North Jersey, Michael is proud to represent the people of this State in their fight to right the wrongs they have suffered. He focuses his practice on representing people who have suffered catastrophic injury, including traumatic brain injuries, spinal cord injuries, and death, resulting from automobile crashes, products liability, and premises liability.

With two attorneys for parents, Michael received a jump start into the legal world at a young age. But whether sitting in the back of the courtroom as a tot or working as an assistant in his Mom’s office as a teen, Michael was able to witness first-hand fierce advocacy for one’s client and the meaningfulness of zealous representation. Later, as a high school intern in the New Jersey Superior Court, Michael saw every day the difference the legal system can make in people’s lives.

A cum laude graduate of Fordham University School of Law, Michael was honored at graduation with both the Lawrence J. McKay Advocacy Award for excellence in oral advocacy and the Archibald R. Murray Public Service Award for contributions to public service, in recognition of his winning best brief, best oralist, and best overall competitor in a National Moot Court Competition and his volunteer work representing New York City public school students in administrative proceedings brought by the Board of Education. Previously, while a college student at Fordham University, Michael volunteered in his local Bronx community, tutoring middle and high school students, and adults working toward their GED.

Following law school, Michael worked in a solicitor’s firm in Dublin, Ireland (where he was lucky enough to meet his wife Kate!) before returning to his roots in New Jersey. Michael was fortunate to serve as a law clerk for the Honorable Edward A. Jerejian, Presiding Judge of the Chancery Division in Bergen County, and the Honorable Marie P. Simonelli, then-Presiding Judge of Part B of the Appellate Division, now retired on recall, both of whom have become trusted mentors.

After his clerkships, Michael worked for a year at a multi-national insurance law firm in their Morris County office, focusing his practice on insurance coverage and defense litigation. But with his public service background and commitment to his community, it never felt right to work on behalf of insurance corporations and wrongdoers. Nevertheless, there is something to be said for learning the tricks of that trade, and Michael is proud to bring his knowledge and experience to Stark & Stark, where he can use it make a difference in the lives of New Jerseyans.

When not working on behalf of his clients, Michael enjoys dragging his wife and poodle-mix Zeus on hikes and moaning and groaning in front of Jets’ games with his Dad. He is a proud Board Member of the Trenton Circus Squad, a non-profit that taps into the wonder and tradition of circus to enhance local youths’ personal well-being and life skills. And Michael is a dedicated alumnus of Fordham Law, in particular the Moot Court Board, who honored him with the 2021-2022 Distinguished Alumni Award for his continued commitment to the program.