Home Our Attorneys Donald B. Brenner 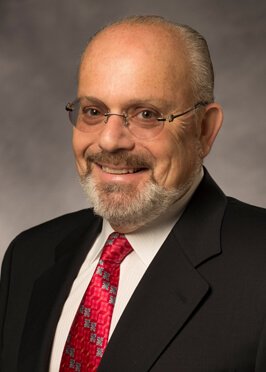 Donald B. Brenner is a Retired Shareholder and former Chair of the firm’s Construction Litigation Group. Mr. Brenner has extensive experience in handling complex construction litigation claims on behalf of community associations, developers and other plaintiffs. Mr. Brenner is the co-founder of www.ConstructionLitigationLawBlog.com.

Mr. Brenner has been lead or co-counsel at trial for multiple complex cases including Renaissance Condominium Association, Inc. v. Renaissance Estates, L.P. et. al, which was nearly a six-month jury trial against 24 active defendants ending in a verdict and settlements totaling nearly $20,000,000*. Camelot Condominium Association, Inc. v. Dryvit Systems, et. al, a nearly two-month jury trial which resulted in a jury verdict in March 2008 finding that Dryvit, the largest EIFS Manufacturer in the United States, violated the New Jersey Consumer Fraud Act. This verdict was the first of its kind in New Jersey, with a total recovery of $5 million*.

Mr. Brenner has been lead counsel or co-counsel in many condominium construction litigation cases which have settled at or shortly before trial. The terms of the settlements are confidential but a representative sample includes (results may vary depending on your particular facts and legal circumstances):

Mr. Brenner was also lead counsel on numerous complex construction cases including (results may vary depending on your particular facts and legal circumstances):

Mr. Brenner was also lead counsel or co-counsel in the trial of the condemnation of the Long Branch Pier in Long Branch, New Jersey. After trying the first set of liability issues to a favorable verdict, the damages portion of the case was settled at trial for $2,650,000 (results may vary depending on your particular facts and legal circumstances).

Click here to sign up for Stark & Stark’s Community Association Times Newsletter to stay informed about industry news and events.