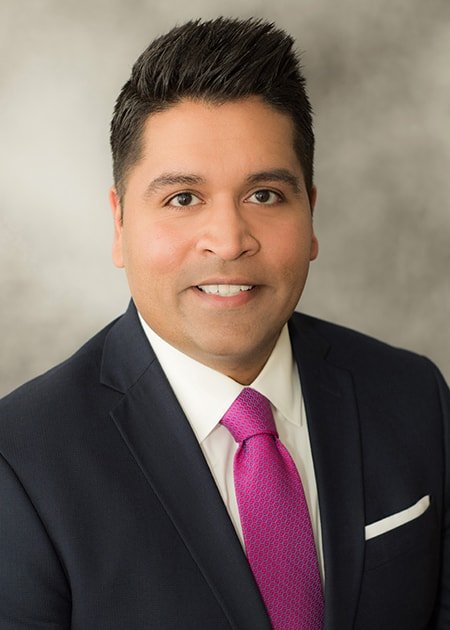 Bhaveen R. Jani, Esq. is a Shareholder and trial attorney in the Accident & Personal Injury Group at Stark & Stark. He focuses his practice in the areas of motor vehicle and tractor-trailer crashes, which result in catastrophic spinal injuries and traumatic brain injuries, construction accidents, and premises liability matters. Mr. Jani appears frequently in federal, state, and appellate courts in New Jersey.

Before joining Stark & Stark, Mr. Jani practiced at a personal injury firm and a large international firm in Princeton. He also has several years of experience as a defense attorney where he represented physicians, dentists, and hospitals in medical malpractice and other general liability matters. Combined, this has enabled Mr. Jani to effectively represent victims of personal injury. Mr. Jani is in a unique position because he can leverage his knowledge and experience as a defense attorney, in his role at the firm as a plaintiff’s trial attorney.

Mr. Jani has been a lifelong resident of New Jersey and was born in Hoboken and grew up in Edison. And Mr. Jani is a very active member of the bar and community. This past year, Mr. Jani was President of the South Asian Bar Association of NJ (SABA-NJ). The organization is the largest affinity bar association in NJ which represents the rapidly growing South Asian population and contains about 250 members who are judges, lawyers, and law students. He serves on the Executive Board in his role as immediate Past President. Mr. Jani was also appointed to a three year term by the Supreme Court of New Jersey to the Committee on the Unauthorized Practice of Law.

As far as his activities with the community, Mr. Jani has moderated a “Know Your Rights” panel discussion on immigration and criminal defense issues and has appeared on television advocating for the community. Mr. Jani believes that being an attorney is a privilege and takes that role seriously for his clients and the community.

Mr. Jani received SABA-NJ’s 2021 Professional Lawyer of the Year award granted by the New Jersey Commission on Professionalism in the Law. Additionally, Mr. Jani is conversational in Gujarati.