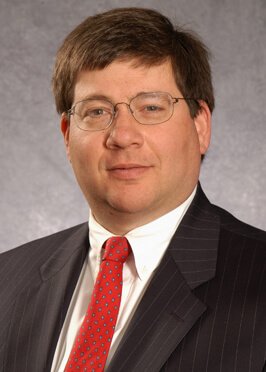 Arthur H. Kravitz is a Retired Shareholder and former member of Stark & Stark’s Workers’ Compensation Group. He has over twenty years of experience as a workers’ compensation attorney practicing in both the Workers’ Compensation Courts and the Appellate Courts of New Jersey. Several cases litigated by Mr. Kravitz have resulted in reported and published decisions, in some instances changing the state of the law in New Jersey, particularly in recognition of the psychiatric disability due to workplace stress.

Mr. Kravitz has been certified by the Supreme Court of New Jersey as a Certified Workers’ Compensation Attorney. He has lectured on the rights of injured workers in both the private and public sector and has co-authored several manuals in these areas.

Mr. Kravitz is the past Chair of the Workers’ Compensation Section of the New Jersey State Bar Association. He is senior vice president of Public Affairs of the New Jersey Advisory Council on Safety and Health, an alliance of labor, unions and advocates on behalf of injured working people. He is also a Master of the James H. Coleman, Jr. New Jersey Workers’ Compensation Inn of Court. He is also past President of the Jewish Family & Children’s Service of Greater Mercer County.

Mr. Kravitz is a frequent contributor to the Personal Injury Law Journal. You can read his most recent blog post here.