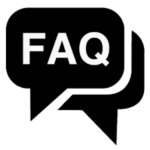 There are very important differences between alimony payments and child support not only in terms of a person’s initial entitlement, but with regard to the duration, the ability to modify the amount and the termination of the payments. However, one of the most important distinctions is that child support is not tax deductible by the person making the payments nor is it considered taxable income to the person who is receiving the payments. Alimony, on the other hand, is tax deductible to the payor and is considered taxable income to the recipient. Consult with an experienced Stark & Stark  New Jersey Alimony lawyer to learn more.

There are several types of alimony in New Jersey:

In determining both the type and amount of alimony, the court must consider specific factors including:

It is often said that both the recipient and the payer of the alimony should be able to enjoy the “standard of living which was established and maintained during the marriage.”

However, that concept is much more of a guidepost than an attainable reality in most cases. In all but an extraordinarily high income family, it is simply impossible for both parties to maintain the same standard of living that was enjoyed by them during the marriage. In the vast majority of cases, both parties will have to compromise their marital lifestyle. It is simply arithmetically impossible to divide the post-divorce income into two family units and have each of the units equal the prior single family unit lifestyle.

There are very important principles of law which address the situation in which a payer’s income increases after the divorce. The application of those principles requires an in depth review by a competent Divorce Attorney. However, the general concept is that the recipient of alimony is only entitled to enjoy the lifestyle and thus receive alimony based upon the payer’s income during the marriage and at the time of the divorce. They are not entitled to share in income increases which occur after the dissolution of the marital partnership and without contribution or support from the recipient spouse.

On the other hand, if the parties’ financial circumstances at the time of the divorce do not enable the recipient spouse to be supported at the standard of living which was enjoyed during the marriage, and the payer’s post-divorce income rises to a level that then enables a payment which would maintain the marital standard, a post-divorce increase in the amount of alimony may be warranted.

How About Retirement and Alimony in New Jersey?

In New Jersey, an alimony obligation is modifiable based upon a showing that a substantial change in circumstances has occurred since the time of the divorce. Examples of a “change in circumstance” that may warrant a modification of an alimony obligation include an increase or an involuntary decrease in either party’s income/finances, cohabitation of the alimony recipient tantamount to remarriage, involuntary loss of employment, and good faith retirement of the payor.

The termination of the payor’s alimony obligation occasioned upon a payor’s retirement is not automatic. It is up to the payor to file an application with the Court to modify and/or terminate their alimony obligation due to their retirement. In determining whether a payor’s impending retirement constitutes a substantial change in circumstances warranting a modification and/or termination, the Court will consider (1) the age and health of the parties seeking to retire, and (2) the motive and timing of the impending retirement. The Court will also look at the payor’s ability to pay alimony after retirement, as well as the recipient spouse’s ability to provide for themselves. This involves an examination of both parties’ incomes and assets.

Do you need an alimony lawyer in NJ?