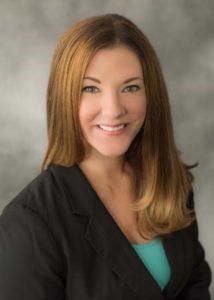 Stark & Stark is proud to congratulate Shareholder Corrine Cooke for being selected by NJBIZ as a recipient of the 2021 Forty Under 40 Award*.

Corrine Cooke is certified by the Supreme Court of New Jersey as a Matrimonial Law Attorney and is a member of Stark & Stark’s Family Law & Divorce Group.

Corrine is the Chair of the Women’s Initiative at Stark & Stark. In addition, she advocates for those who need help in very tumultuous or challenging times in their lives, which extends to her efforts in the community. She has served on the Board of Directors for Dress for Success Central New Jersey for over ten years. The organization’s mission is to “empower women to achieve economic independence by providing a network of support, professional attire, and the development tools to help women thrive in work and in life.”

Each year, NJBIZ recognizes the best and the brightest of the Garden State’s next generation of business leaders with its Forty Under 40 Awards. Recipients are “chosen by an independent panel of judges following an open nomination process. The individuals recognized on this year’s list contribute to their own industries – spanning health care, finance, sports, law, education and more – as leaders and founders, partners, executives and above all trailblazers. And, their achievements and continuing efforts are also felt throughout the Garden State community at large” (source).